The family business
that values the traditions

Grenna Polkagriskokeri lies right in the heart of the old town Gränna in southern Sweden and it´s one of the largest candy producers in town. Just next to the town square, in the middle of the city, is the production placed and right next to it the beautiful candy shop. Gränna is a small charming city in the south of Sweden. Here the houses and streets looks the same as they have for ages. Stressed city people will certainly enjoy the relaxing ambience in Gränna. The family owned company produces candy at two places, in Gränna and Jönköping. We do produce the famous Polkagris amongst a large range of hard boiled candy and also soft toffees. The company was founded in 1989 but the story begins long before that. 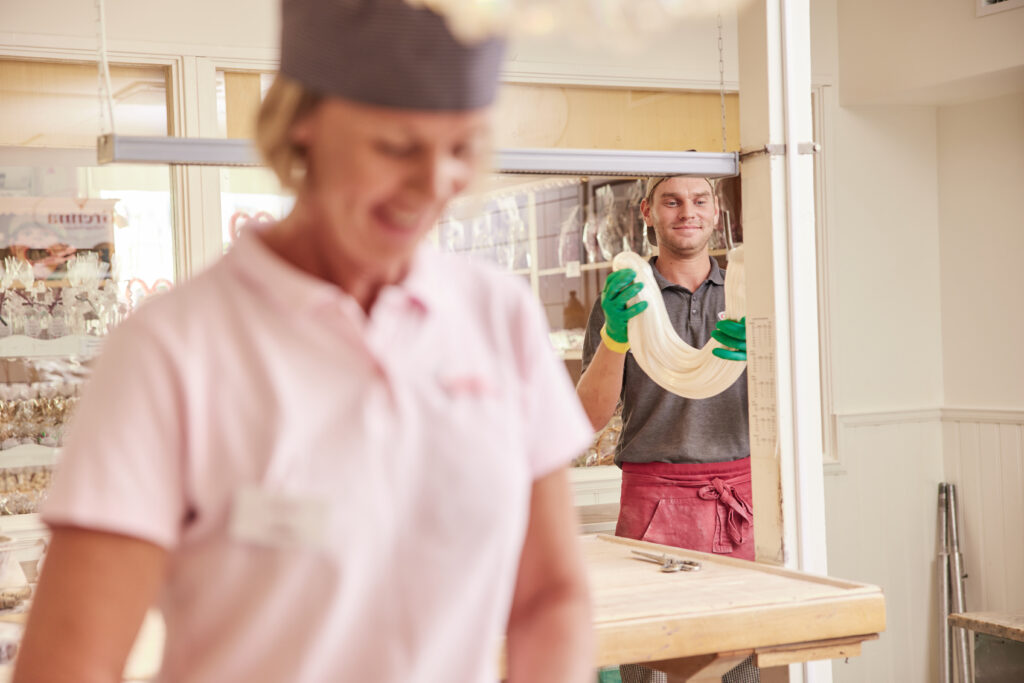 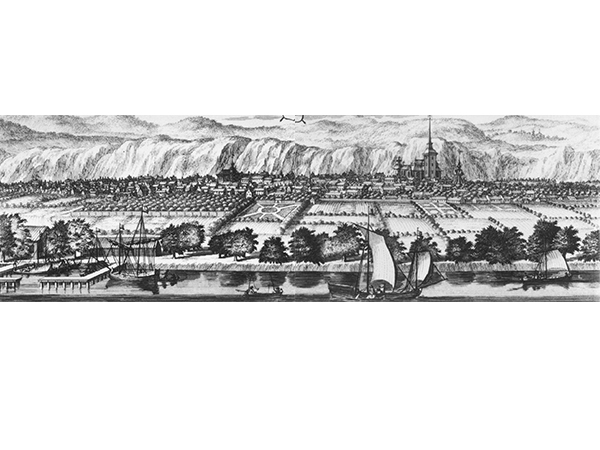 In 1652, the charter was signed,  that formally acknowledged Gränna as a city. The city name was originally BraheGrenna. History rests heavily over Gränna and its surroundings. On the island Visingsö, for example, you´ll find the ruin of the Näs caslte where many kings lived in the past. The most famous of them all is perhaps Magnus Ladulås who died on the island in 1290.

In 1561 the King Erik XIV announced the three first counties of Sweden. One was Visingsborg and he also named his cousin, Per Brahe as count of Visingsborg. The three castles in the county, Visingsborg on Visingsö, Brahehus and Västanå on the mainland formed a triangle. Each castle had a view over the other two. In the centre of this triangle the Count Per Brahe built a city and expressed the words ”We want to build the city so that we can look upon its city streets from our castle Brahehus” 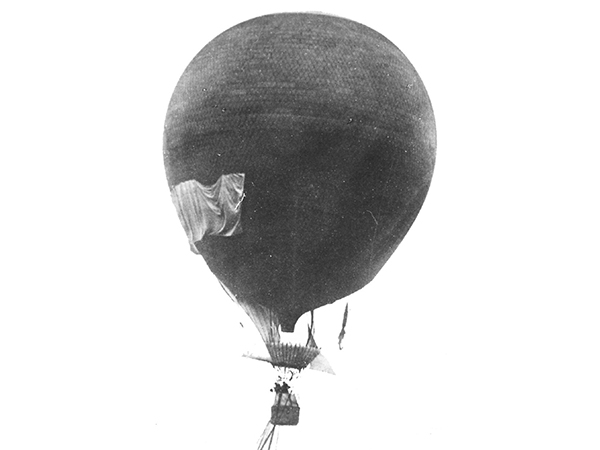 In the year 1854 Salomon August Andrée was born in Gränna. As a 20-year old he graduated from the Technical Institute of Stockholm and after a few years he became very interested in hot air balloons. In February 1895, he introduced a plan at the Science Academy: He was going to make a balloon expedition to the North Pole. Andrée got a lot of support from the discoverer of the Northern Sea Route, Adolf Erik Nordenskiöld, and the plan was approved.

Two years later ”The Eagle” took off from Spitsbergen, Norway, with the crew of Salomon August Andrée, Knut Fraenckel and photographer Nils Strindberg. Only three days later, on the 14th of July 1897, ”The Eagle” was forced to land on the ice due to loss of gas and a balloon covered with ice. After three months of wandering on the ice in difficult conditions, the men finally reached land on White Island. The men where at this point in such bad condition that they all died shortly after. In 1930 the remains of the expedition was found by a Norwegian ship. You can view most of these findings at the Grenna Museum. 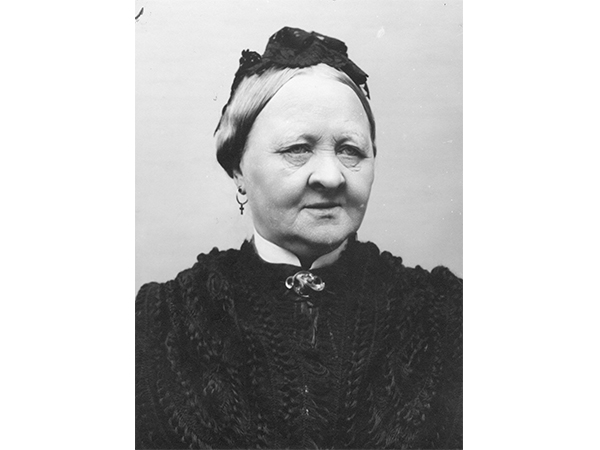 It takes a woman..

The woman who put Gränna on the world map was Mrs Amalia Eriksson, and thanks to her Gränna forever will  be associated with the red and white striped candy called ”Polkagris”. Amalia was born in 1824. She grew up in Gränna where she later married the tailor. They had a daughter named Ida. Only 34 years old, Amalia became a widow and a single mother. Amalia was an enterprising woman and at that time she made so called funeral and wedding candy in her home. She had also started to make her specialty ”Polkagrisar” shaped as small pillows. To earn a living, in 1859 Mrs Amalia Eriksson applied and got permission from the Mayor, Carl-Johan Wennberg, in Gränna, for running her own business.

Today, over 160 years ago, the Polkagris peppermint rock candy is made the same way as during Amalias days.

The secret of craftmanship

Amalias daughter, Ida, maintained the handicraft and developed what her mother had started. The first person, outside the family, who knew the secrets of making this candy was Ms Greta Nordstedt. She lived in the “Nordstedts’ House” at Brahegatan 39, the same house that Grenna Polkagriskokeri is situated in today.

In the middle of  the 1950’s the production in Gränna increased and Polkagris-making became a small industry with several confectioneries “popping up”. In the beginning the candy was made by housewives at home, and sold in all kinds of stores. Olle Mattias was the first person who invited people to watch the baking process. Today all confectioneries in Gränna have a window to show their production and tourists enjoy it a lot!

In the beginning of  the 1970´s the first Polkagris, not red and white, were made. It was blue and yellow and people made a big fuss of it. They thought that the tradition with the red- and-white were ruined. Later on, in the 70´s different flavours appeared, and today the candy sticks (as we choose to call them) are made in several colours and flavours.

The Original Polkagris from Gränna is still always red and white with a fresh taste of peppermint! 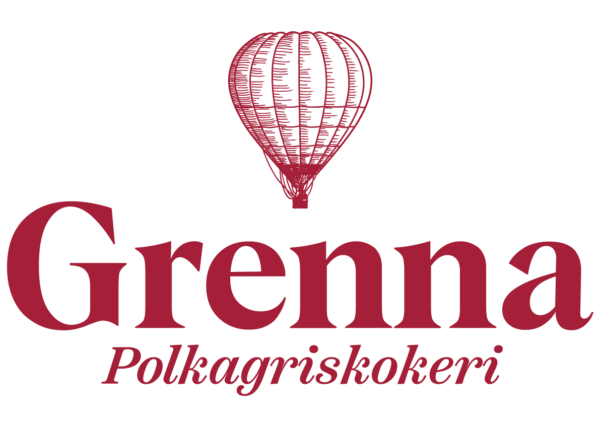 The year is 1989 and there is a store for rent at Brahegatan 39, Gränna and Calle Roman takes the opportunity to start Grenna Polkagriskokeri at the very same house as Gretha Nordsted had her business. Tradition, Quality and handicraft has been the cornerstones of the business since.

After many years as a polkagris bakerman, Calle decied to buy another candy factory. This one in Jönköping 30 km from Gränna. In that factory toffees and hard boiled candies are made. The candy store in Gränna is filled with candies from our two own productions.